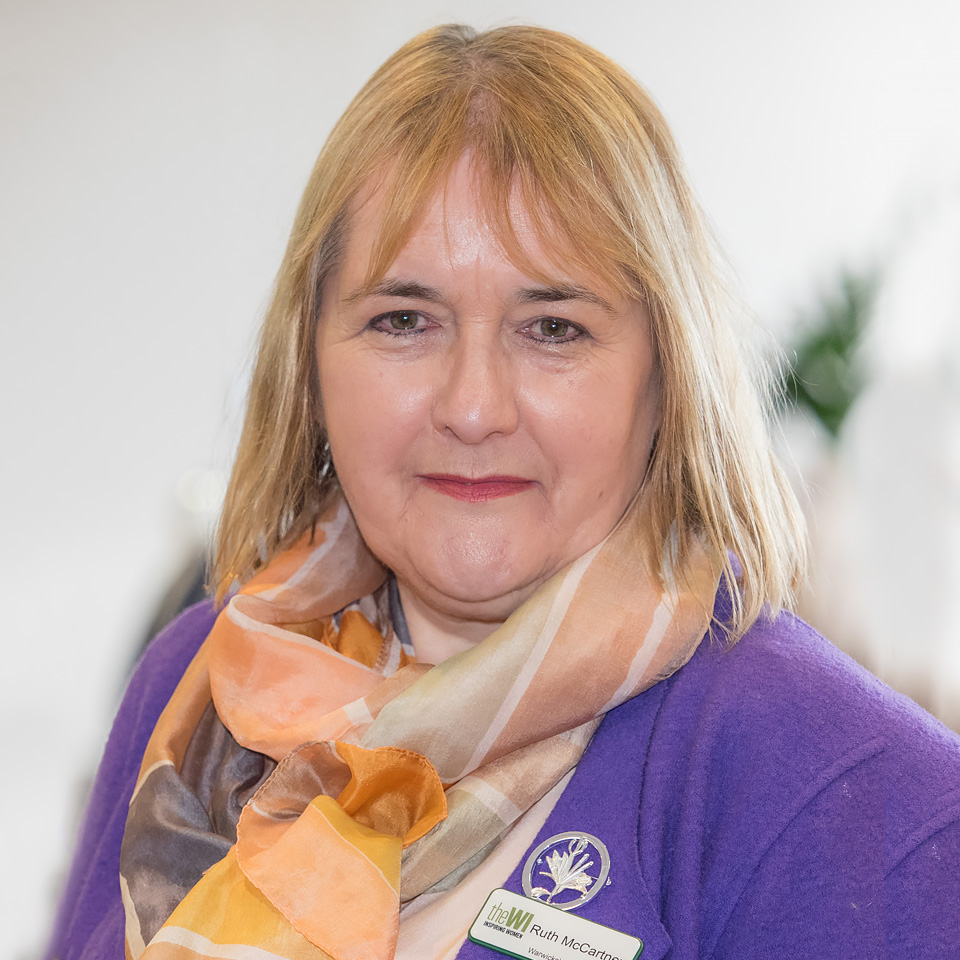 A friend was trying to get the WI reopened in Wolston, as it had been closed for a year, and I went to the meeting in the school hall. I had no idea what the WI was all about, so I just went to find out and ended up being elected to the committee as assistant treasurer. I have to say that my Mother was quite shocked as she had not had a good experience of the WI in the 1960’s and tried to persuade me to avoid it. However, they were short of committee members and my friend said, “Ruth will do that”, and so it all began.

The following year I was elected as President and attended Presidents Day at Park Street, our Federation Office before the move to Warwick. A day or so later I was rung and asked if I would like to find out what the Membership Committee did and later I was invited to train as a VCO (Voluntary County Organiser) in 1993 and completed this two years later.

My other interests include my two children plus gardening, swimming and lots and lots of crafting; including knitting and spinning and dyeing my own yarn.

And my Mother? When she moved to Wolston some years later she also joined the WI, as she had listened to me raving about it for years, and loved it making many new friends who helped to make the move to a new village much easier for her.